There are 4 types of abuse or harassment cases in civil court:

Domestic violence is abuse or threats of abuse when the person being abused and the abusive person are:

Keep in mind that abuse and domestic violence do not have to be only physical. Abuse can be verbal (spoken), emotional, or psychological. You do not have to be physically hit to be abused. Often, abuse takes many forms, and abusers use a combination of tactics to control and have power over the person being abused.

If you are being abused in any of these ways or you feel afraid or controlled by your partner/spouse or someone you are close with, it may help you to talk to a domestic violence counselor, even if you do not want (or are not sure if you want) to ask for legal protection.

“Credible threat of violence” means intentionally saying something or acting in a way that would make a reasonable person afraid for his or her safety or the safety of his or her family. A “credible threat of violence” includes following or stalking someone or making harassing calls or sending harassing messages (by phone, mail, or e-mail) over a period of time (even if it is a short time).

Read about the law in

Bill 168 is an amendment to Ontario’s Occupational Health and Safety Act (“OHSA”). It came into force on June 15, 2010 and aims to protect workers from violence and harassment.

The Bill outlines stiff penalties for all employers in Ontario who fail to meet their new responsibilities and duties under the law.For a workplace violence situation, the harassment is defined in the same way as for civil harassment. The difference is that the harassment happens primarily at work AND it is the employer of the harassed employee who asks for protection for the employee (and, if necessary, for the employee’s family).

For an employer to get a workplace violence restraining order on behalf of an employee, there needs to be reasonable proof that:

Read about the law in     The Occupational Health and Safety Act: FAQs 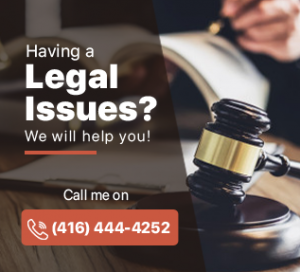 ARE YOU LOOKING FOR SOMEONE TO HELP?

You have Any Questions ! We have Answers